In the summer of 2007, two brothers and a buddy set off from La Paz Mexico, not to see land again for 24 days. Their destination: Nuku Hiva in the Marquesas archipelago, some 5000+ nautical miles distant. This departure marked the end of hours upon painstaking hours of preparation, and the culmination of the painful and liberating process of ripping up landlocked roots.

The next three years would see over 70,000km slip below the keel of their trusty vessel Khulula, meaning “To Run Free” in a local South African language, Zulu. These three years had incredible highs and lows, with three productive and energetic type A personalities confined to a 40 foot box that had no shower, and a single door. They lived and breathed with the moods of the ocean, from massive storms, to stifling hot days where the surface of the ocean was as still as a sheet of glass. The average speed of the voyage was 5.5knots, the speed of a slow jog, dictating 371 days and nights at sea to complete the circumnavigation.

Ryan Robertson, Bryson Robertson and Hugh Patterson departed on this voyage primarily to find adventure, escape the rat race and explore remote reef breaks and islands around the world – with an focus on surfing as much as possible. Secondary was a loosely defined goal to explore and catalog the state of very remote beaches with respect to oceanborne plastics. However, as the voyage progressed, the trio were so appalled and shocked at what they found, that they refocused the whole voyage into one of awareness and education. Ryan is here today to share their story. 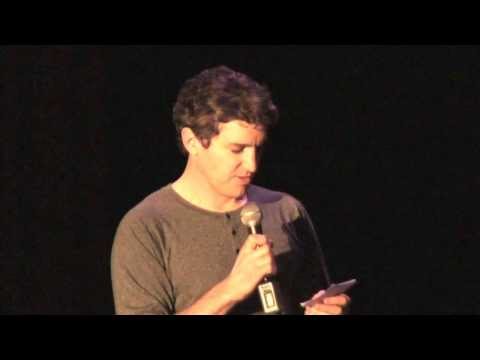